We woke Sunday morning to a weather report that looked grim for being outside all day. Rain, rain and more rain was on order and we had a full agenda of caching on order.  It's also August 31st which means the last day we can complete the 7 Souvenirs of August challenge and we still need an event cache and a virtual cache.  Rain wasn't going to slow us down.

Out first cache is the event cache.  I mentioned in the first part that we've never done an event cache. The idea seems weird to me, which is basically a bunch of Geocachers getting together for a social event.  I had no clue what we'd do other than show up and say "Hi" but we needed it for the challenge and as luck would have it, it would knock out another county.  Win-win!  The event cache was in Port Clinton, Ohio, right on Lake Erie. We made good time getting there so had some free moments to watch the boats and people fishing. The event was held in a park and more people showed up than I would have guessed!  Maybe I am pessimistic but I expected there to be less than 10 people but it was over 30.  Here's a picture of the group. The event organizers placed a few temporary caches which were close by and quick, fun finds.    We were in and out in around 30 minutes with an event cache and 6 "traditional" temporary caches under our belts.  The event organizer also gave us a pile of free coffee coupons for a local shop which we gladly accepted.  Fully caffeinated we hit the road to start bagging counties in northern Ohio.  The event cache was neat but as John Wayne would say. 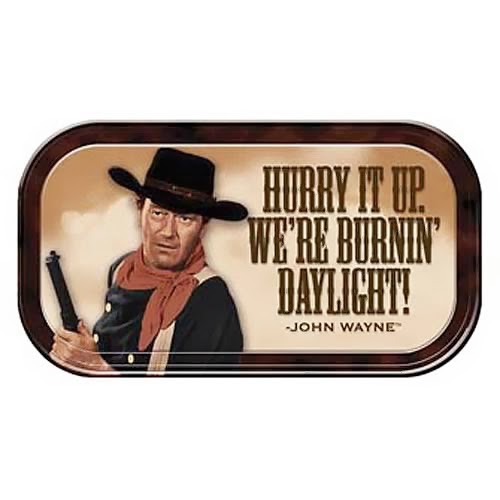 Our next cache was in a serene cemetery on a hill overlooking a pond.  There were some very old graves there (for the US they are old!) with military markers from the War of 1812 to current conflicts. 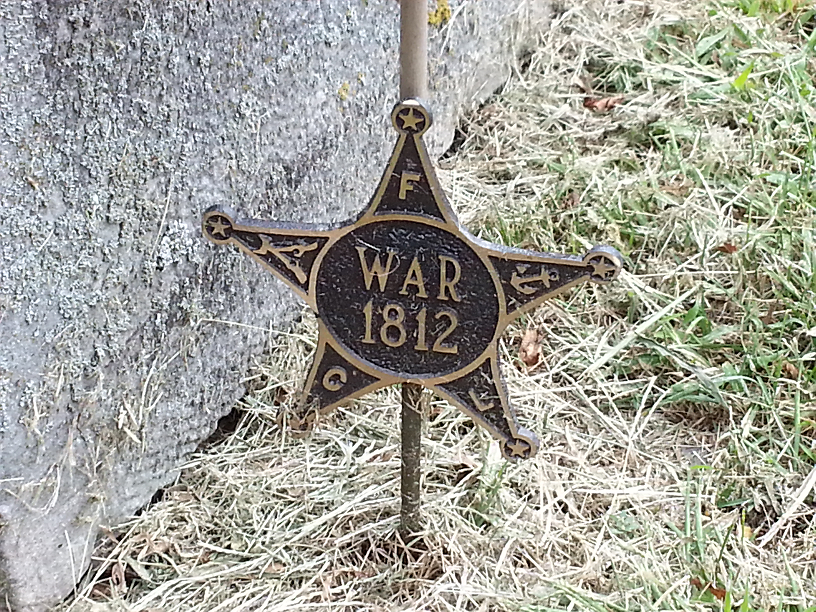 We found the cache easily and after wandering the cemetery for a bit we were back in the van and on our way.  Surprise, surprise, the next cache was in a cemetery as well and took a bit more looking than we expected but we found it.  At the same time this happened, I saw email start rolling in that the cooling system in the lab in our office went offline due to the storms back in Columbus.  Oh boy.  I can remotely power down my gear via some nifty power strips but can't do it from my phone.  Luckily the guys back home took care of it before I could make it back to the hotel.

The next cache was close and yup, you guessed it, in a cemetery.  What can I say?  In general they are nice outdoor places, quiet, not a lot of traffic and truly full of a lot of history.  This one bordered a golf course and Max made the grab.  By now it was getting late for lunch so we found a diner in town and enjoyed some "down home cooking".  It was a classic greasy spoon and we showed up just about 40 minutes before closing.  With our hunger sated, we were ready to hit the road and keep on caching!

I found a cache that was hidden on a train caboose that sounded fun but after 40  minutes of us looking and no luck finding it we moved on.  Who knew there were so many good places to hide a magnetic cache on a huge metal train?  Hahaha.  Lucky for us the small town had a McDonald's so we parked close to the building and used their WiFi to find another cache close by.  This too was magnetic, but attached to a downspout on a Dollar General store.  Another county in the books and we were headed back towards Toledo with a few more counties on the way.

The next cache was a sneaky hide on a bridge near Tiffin, OH and a cow barn.  The local cows were not much help finding the cache but it was fun to hear their mooing.  This was very well hidden and Max made the find and we were on our way.  While en route to the next location, we found a local ice cream store and as it was mid 80s F it seemed like a cool treat would be in order.

Once we were all sugared up for the final push we were back on the road.  We do drive a lot of miles on these adventures and it's really nice to see parts of Ohio that we've heard of, but never actually been to.  I suspect it's the same for you, too. The next to last cache for the day was a magnetic one on a street sign along the road.  Sort of boring, but we were winding down for the day and time was running low.

Finally we were ready for the last cache of the day, a virtual cache in Wood county just south of Toledo. A virtual cache is usually a neat place that the person who "placed' the cache likes and wanted to share. There isn't a physical cache there just something pretty to see, a historical site or something to learn.  This one was in a nice park near Perrysburg and we enjoyed walking the boardwalk around the pond.  The kids also loved the nature center there and the visit was so nice, we're considering making a rain garden for our backyard.  I wish I had taken pictures because it was so pretty.  Sorry for the tease.  With the "virtual" cache in the bag we were awarded with our "award!" We snagged some tasty Indian food on the way back to the hotel for some well earned dinner and rest.

The next day was much more relaxed and we showed my wife's college roomie and her family Geocaching in a local park where the kids had a great time playing.  We then headed to her alma mater, University of Toledo, to show the kids the campus and get some caches (of course!) Campus has changed a lot and it's really gown since we went there.  We found 3 caches on campus and were spotted by these "muggles" as non-cachers are called. 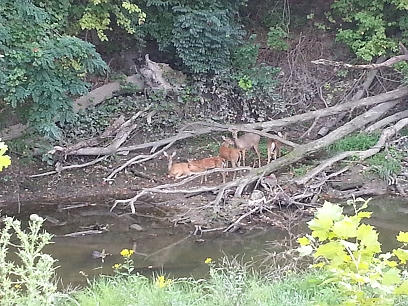 Pretty cool to see these deer in the heart of campus.  We wrapped up for the day and went back to the hotel to chill and just hang out.

Our map of Ohio is starting to fill in! 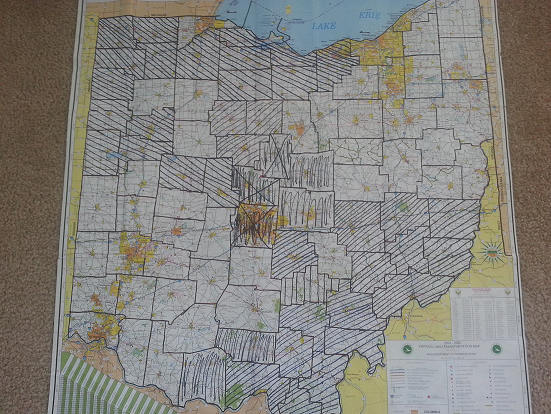 We added Ottawa, Sandusky, Erie, Lorain, Huron, Seneca, Wood and Lucas county to our collection!  We're 43 counties in so almost half way done with the state!  We also drove over 800 miles over the weekend.

Thanks for reading and get out there and try Geocaching!
Posted by Ron Fuller at 3:58 PM 1 comment:

We decided that this Labor Day weekend we'd spend it continuing to make progress on the Ohio 88 county challenge rather than hanging around the house, cooking out and the usual holiday weekend things.  Our target for the weekend was western and northwestern Ohio.  The official Geocaching site has a promotion called The 7 Souvenirs of August trying to get cachers to try some of the various different types of caches including virtual, mystery, puzzle, Earthcaches, and event caches.  We've done many of these over the years but never an event cache. Sounded like a fun challenge for a great caching run 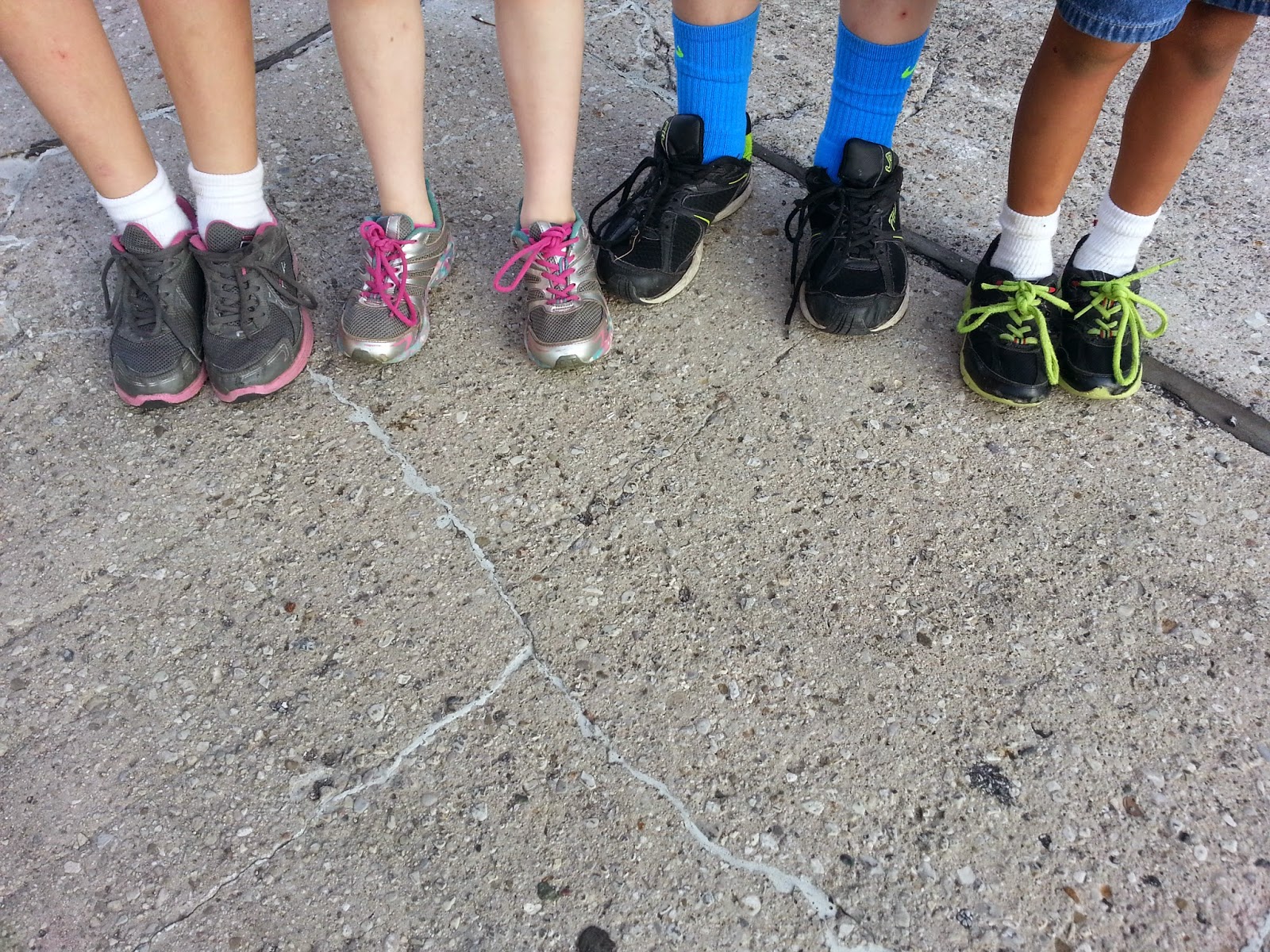 Here's a picture of 4 sets of feet on the oldest concrete street. It was getting late so we decided to skip ahead to Lima and crash for the night.  The next day we started with a quick cache in a local park that was located in a rubber snake in the woods.  From the logs it seems many were a bit surprised to see the snake. We then backtracked a bit to Wapokenta, OH to visit the Neil Armstrong Air and Space museum.  It's a nice place and has some neat space artifacts including a rock from the moon. It's always cools to see space stuff in my opinion.  :)  They had a quick park and grab cache on the museum as well so another county down!

We then headed west to Mercer country and Celina for a multi-cache in the library.  This was one of the cooller caches we've done and really commend the staff for it. They had a very cool mineral collection on display as well. We talked with the cache owner and let them know how much we liked it, too.  By this time it was lunch and we'd already done 3 counties!  Kudos to Mercer county library! 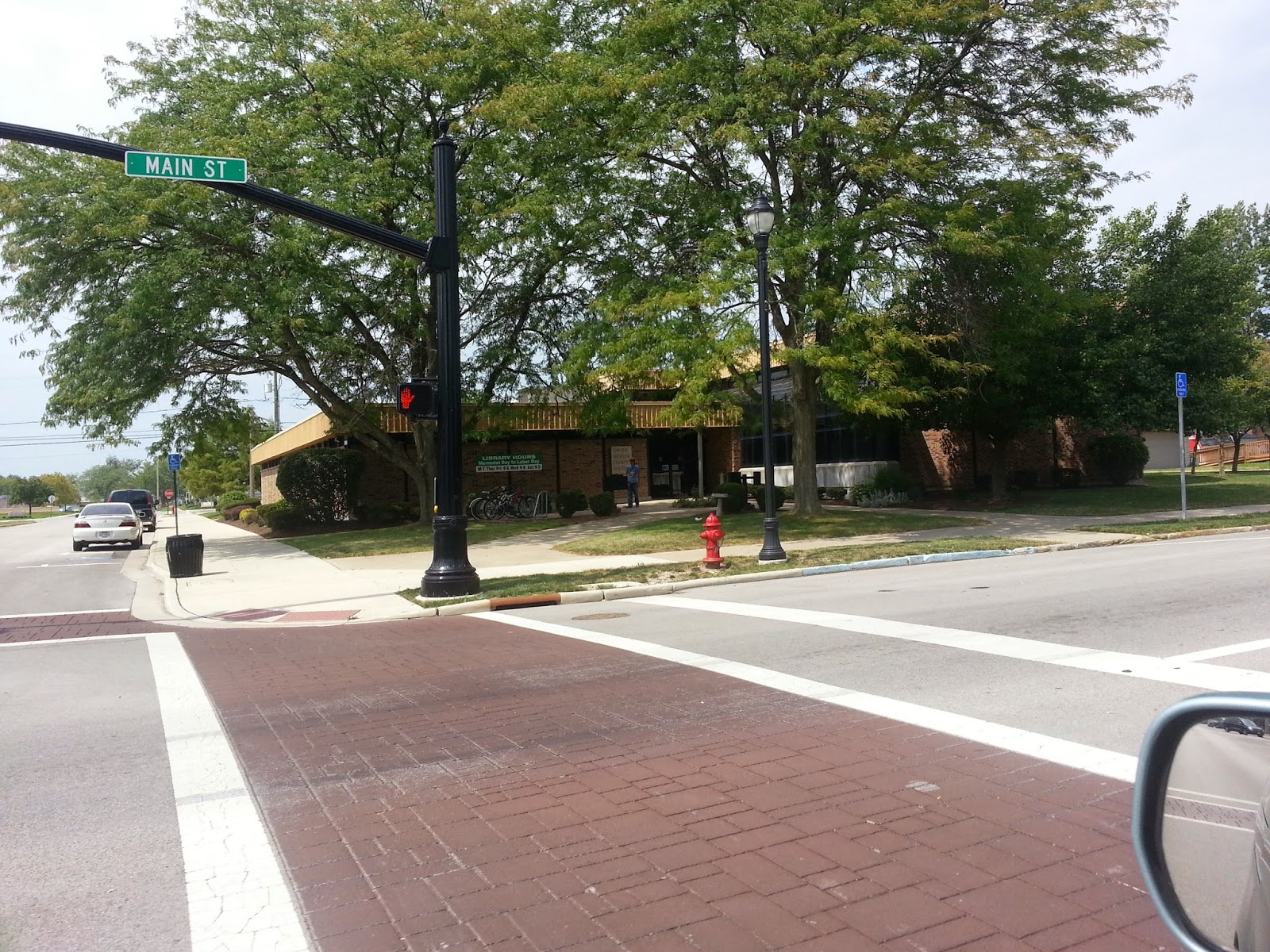 We fueled up and hit the road north to keep caching on our way to Toledo. The next cache was in Van Wert and was a puzzle cache.  We rolled by the Van Wert county fair on the way to cache location and Max made the quick pick and grab. We then headed to the next cache which was a well hidden cache in a pile of rocks in a ditch.  This should have been a quick find but we really struggled to find it as the camouflage was pretty good. I eventually spotted it and we made our way to the next county, Defiance. 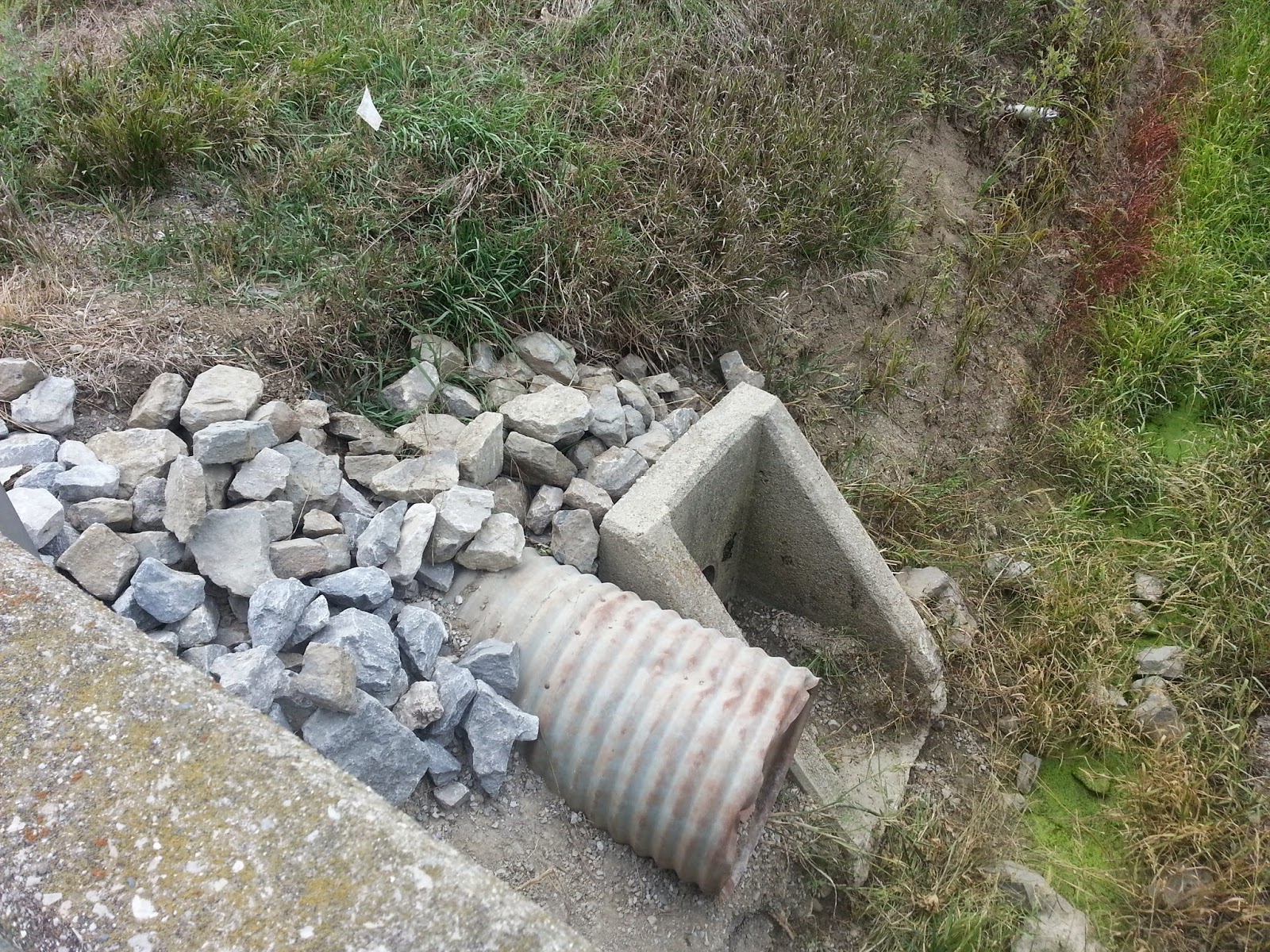 Emerson spotted the cache in the woods of a nice park by the river and we had some time so stopped for ice cream at a local soft serve place.  It was a hot, humid August day so ice cream hit the spot. We went to mass at St. Mary's which was a beautiful church. We were pretty grubby and hope we didn't stink or anything. :)  It was the second fastest mass we've ever attended with the fastest being in Times Square of NYC.  We took stock of the kids' attitude and decided we would pus for three more counties and wrap up the western side of Ohio.

We found one in a small park and let the kids play for a few minutes before loading back into the van to truck on. The next cache was in a cemetery and a quick pick and grab.  We were in the home stretch and the last one for the day was in a park with an "awesome" play set so the kids had a great time. 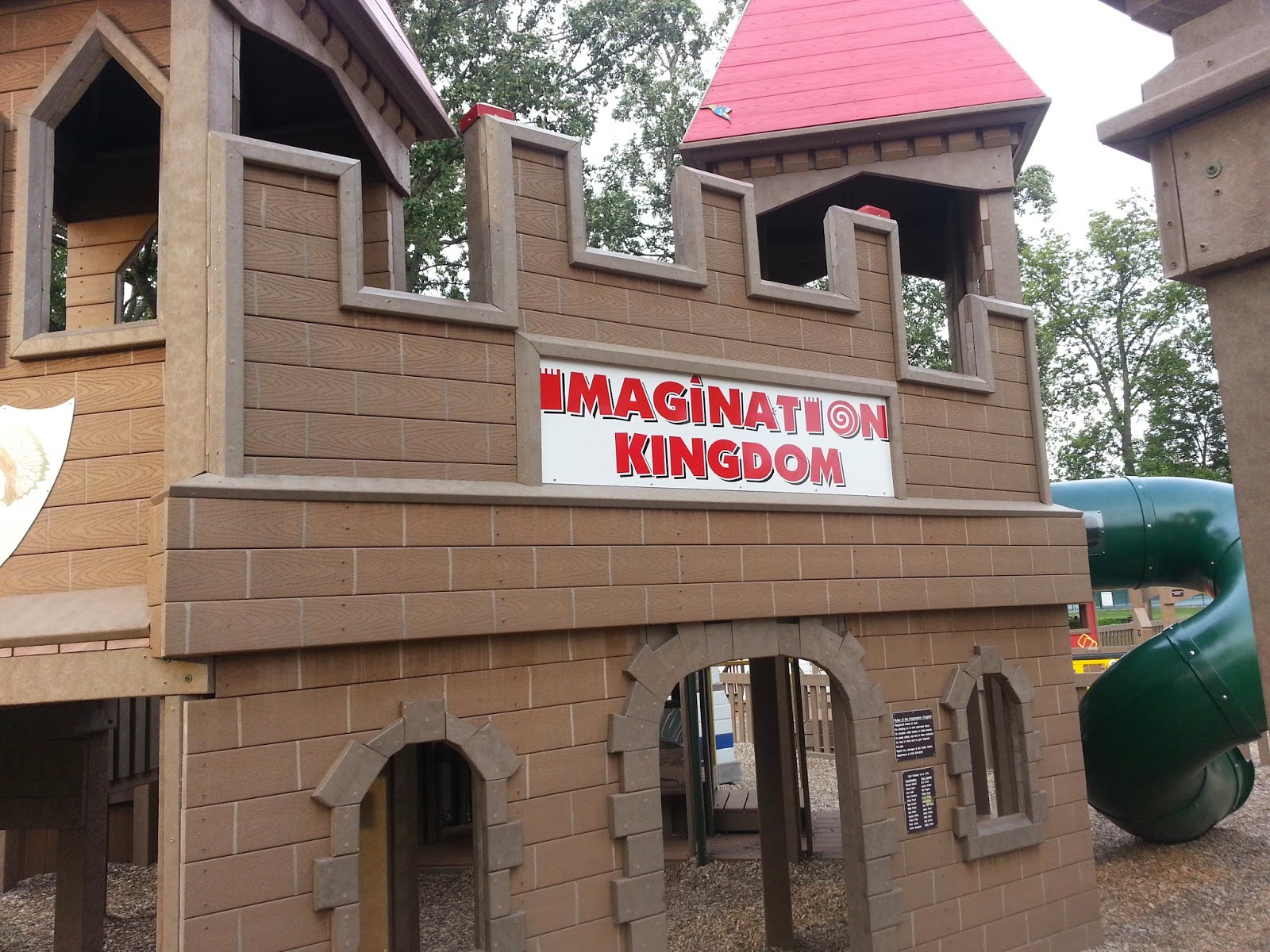 We made our way to the hotel and hit the sack hard.  The next day was slated to be a long one so we wanted to get plenty of sleep.  Geocaching is hard, tiring work.  We'll save that adventure for the next blog.