It’s in the books and everyone is home and back to normal from VMworld 2015 and I thought I’d share some thoughts on it from a networking guy’s perspective. This was my 2nd VMworld, with the first one I went to being in Vegas when Cisco launched Nexus 1000v.  This was a very different experience and here’s why.

First, I hate to admit this, but I was worried about going. Would I know anyone there? Would there be sessions I could get into? Would I have fun and be busy or bored and waiting for sessions to be over and parties to start? Truly, this isn’t my 1st large conference I’ve attended as an employee.  Having been a veteran of Networkers/Cisco Live and speaking at them all over the world for the last 4 years, the conference “gig” isn’t new to me. This was different though because it was VMware, not a company and base technology that I had been around for 20+ years. I still feel like a newb in the virtualization space as there are so many partners, products and tech out there.  I knew I had a lot to learn, see and do.

After getting settled in to my hotel I went to Moscone to register and walk around.  It didn’t take long before I was back in familiar territory looking at the VMware store (sadly no copies of my NX-OS Book on hand) and walking through the Hands on Labs. I checked Twitter and saw a VMUnderground sessions was starting so made my there and knew immediately I had found “my people”.  Familiar faces on the panel and topics I knew were around and it was great to connect with some friends I had not seen for a while.  From here on, my concerns were assuaged and I was in my groove. Game on!

Many great lunches with partners, dinners with customers all focused on talking about NSX were just what I was looking for.  I was able to attend sessions and learn some great tidbits all over the place. It was a cool to be recognized from people I ran into, some of whom I knew and others were new friends. I also passed out a lot of I "heart" NSX stickers!

The general sessions were engaging and it was helpful for a newer employee like me to get to see our exces and other leads outside of their normal jobs – bad sports coats and all.  I was really floored by Yanbing Li as were most and of course, Martin Casado was impressive. I really liked the customer testimonials across the platforms as well. Really speaks to the relevance of the technology and solution more than someone just talking about it. This was also experienced in many of the breakout sessions, too.

On the Solutions Exchange floor it was amazing to see all of the partners that are part of the ecosystem. Many were familiar products but I also learned a lot about others. As you’d expect the storage wars are in full effect and so there were a mind numbing array (see what I did there?  ;)   ) of options.  Monitoring and visibility tools were abundant as well. It was nice to meet up with former co-workers, new colleagues and customers.  The positive vibe was palpable and excitement pervasive. I see why people come year after year.
I didn’t attend the party, which isn’t new for me.  I never went to the CiscoLive conference parties either – just not my scene. Instead I met up with a friend and learned more about the SD-WAN world while enjoying some good Vietnamese fusion food.  It was the perfect end to a great show.

I couldn’t attend every session I wanted too as I don’t own a Time Turner (can you guess who is watching Harry Potter with his oldest daughter?) but thankfully they are recorded so will be learning from them all Fall as I fly around.  I also know I didn’t get to meet up with some people I wanted to, even if it was just to say Hi – the week went from busy to warp speed in no time at all. 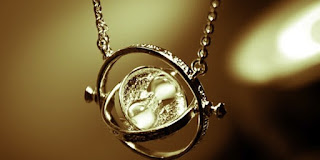 Resolution for next year, and this was posed to me too many times to count, I WILL be presenting. I want in on the action and fun and kicking myself for being conservative earlier in the year when the call for papers came out.
Look forward to seeing you in Vegas next year! 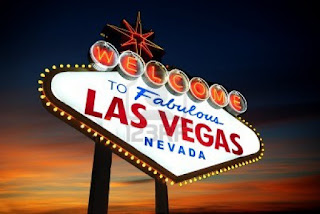 Posted by Ron Fuller at 3:14 PM No comments: