The Work From Home Road Warrior

I had an interesting conversation on Twitter recently with Matthew Norwood(@matthewnorwood), David Gee (@VTEP42) and @cciejourney about commuting, work environments and pros and cons. I thought I’d blog a bit more about my perspective.  As I thought about it more, I think I fall into an unusual category of a Work from Home Road Warrior. The two seem to be diametrically opposed, but it's my life.


It's a lot less this 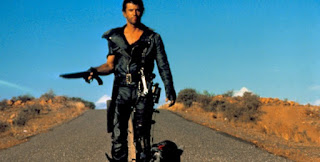 and probably a lot more of this: 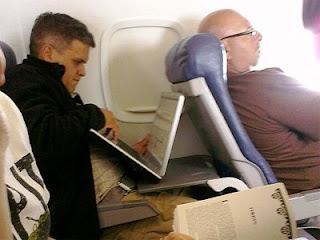 First, let’s start with my background.  If you want all of the gory details, I did a fun author series post with Jeff Fry here: http://www.fryguy.net/2013/03/26/author-series-ron-fuller/  The TL;DR version, I worked in a factory environment for a few months and *hated* it. So mind numbing doing the same repetitive thing day after day. Not for me at all….:) I worked for a PC retailer then some VARs before going to a large global financial then to Cisco and finally VMware.

My early career was driving all over Ohio and Indiana doing network implementations and server installs. I loved it because the projects were short term and it wasn’t long before I had a change of pace and scenery. My time at the bank was super valuable to me, but the sameness of every day (commute, meetings, commute, repeat ad nauseam) didn’t work for me. I learned a ton on that job though and met some great people. That environment just wasn’t for me.

Working for Cisco and now VMware I am back on the road with every day being a new adventure. It could be a few conference calls, followed by emails, WebEx on product updates, design sessions with customers, playing in the lab or all of the above! There is always something going on and at some point you have to draw the line as to when work starts and stops. Some weeks are easier than others but overall it's very well rounded if you do it right. 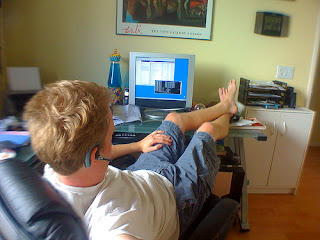 Let’s be honest, is every day unicorns and awesomeness?  Nope. I’m writing this as I rot in Port Columbus, my home airport, with a delayed flight that is forcing me to get to my destination 4 hours later than I planned.  It is what it is, though. I’m trading being stuck in traffic for being stuck in an airport with the key difference being that I am able to write this while stuck vs. sitting in a car and getting my blood boiling! 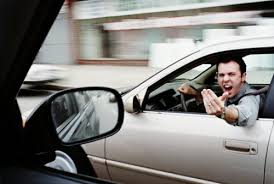 One of the neat benefits of working from home would be that I am around my family. Since I’ve had a flexible schedule for years my kids are used to me working from home and know to not come into the office when the door is closed. Otherwise I enjoy being able to pop in on them during school (they do online school) between calls or when I need a break. We are able to eat lunch together, share a coffee with my wife and be around more than I would if I had an office job.  The flip side is that when I am on the road, I’m not there.  Sounds obvious, but rarely is it not that binary. When I'm home, I'm home, when I'm not, I'm not. I think it’s a good mix for our family as long as it is kept in bounds and not on the road all week, every week.

One drawback is the lack of "general socialization" that you have in an office environment. When I worked for Cisco we had a local office and I would visit once a week or so and work in the lab, go to lunch with some of the SEs and stay in touch with the local teams. It was nice to stay in touch and also bounce ideas and conversations around with peers. At VMware my closest official office is in Reston, VA.  A quick 1 hour flight or 8 hours drive. Not exactly easy to pop in for lunch and chit chat.  So how do I deal with this? Good question, I am still sorting it out. I can be a loner pretty easily, it's been my nature for a long time but after talking with some friends in San Francisco while we recorded a video (separate upcoming blog post) I really realized how much I miss that peer group. I'll figure something out.   On a side note, I'm going to lunch this Friday with some of the old Cisco friends and am really excited about it. Good to know friendships can survive job changes.I also stay in contact with a few other close friends with phone calls, texts and funny emails.

Is working from home for everyone?  Not at all.  Some people need or want the separation between work and family. Others have told me there is no way they’d be able to work from home with their kids. It just varies depending on your job, focus and desires. As for me, I wouldn’t trade it for a “desk job” but who knows what the future holds.  Will I retire from a vendor role? Possibly.  Will I go work for a local company someday? Maybe. For now, I’ll enjoy the perks, take the lumps when them come and as the poster in my office says “Keep calm and carry on!” 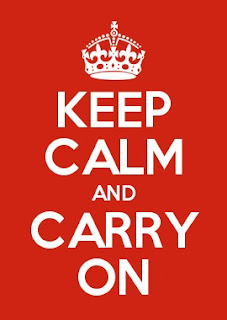