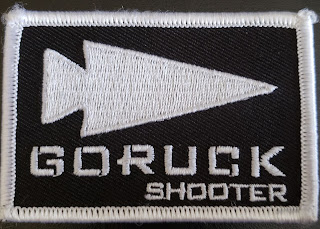 This weekend my oldest son and I had the opportunity to participate in a new GORUCK focused on shooting skills as well as having a physical fitness component. GORUCK has firearms related events for quite some time that are great for learning how to be more proficient in tactical skills but unlike the "challenge" events, the firearms don't have a physical focus. Shooter events are merging the two aspects into a single event and testing the participants comprehensively. If you want to hear more about the details and goals of Shooter, the All Day Ruckoff podcast had a great conversation with Cadre Garret Machine.

We arrived at the range and helped get things setup. The local Indianapolis rucking crew, Team Ninja, was there with the targets, stands and other gear we needed. Cadre Heath was running the event and we had a briefing on the overall order of the day. We'd start with a rifle safety review, prepare our gear and then ruck a 10k and upon returning, run through a prescribed course of fire. There would be 4 rounds of firing from various positions and in between each round there would be some physical training. The idea being that your heart rate is constantly increased under stress while maintaining accuracy. After the course of fire, we'd score the results and then repeat the process with a pistol course of fire with the only difference being a 5K ruck. Final scoring would be done and patches awarded. Unlike other GORUCK events, this is a competition where the top 3 participants would be given gold, silver and bronze placing patches. Additionally, per the podcast you'd need to have a score of 70% or higher in each course of shooting as well as make the time hacks for the rucks to be patched. 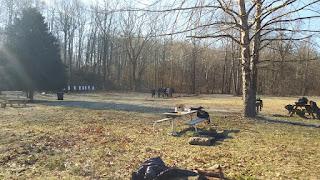 After the safety briefing and getting our gear ready, magazines loaded, eye and ear protection laid out at our station it was time to ruck. As per GORUCK Heavy and Tough weight standards it was 30lbs if you weigh greater than 150lbs and 20lbs for less than 150. My strategy was to have just my 30lb plate and a liter of water in a Camelbak so I could hydrate on the go. I'm sure some people will think it's just a 10k and I don't need water, but I know how my body works so water it was. Cadre explained the course we'd follow which was an out and back on the county roads that were around the range. We'd do the course twice for the 10k and once for the 5k. It was clearly marked with flags and signs wherever there was an intersection or turn. We all lined up and took off at the same time. The ruck is to be done as fast as possible so my plan and training prior to the event was to shuffle as much as I could. There is a scoring system in place and finishing under the time hack is rewarded - "it pays to be a winner" is in effect. 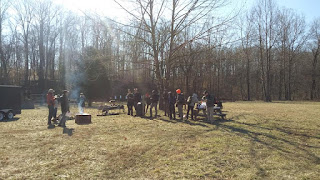 I pushed and tried to remember it wasn't a race against the other competitors per-se but against the clock. Having my watch track helped a lot to keep the time hacks in mind. I hit the turn around point and went back to the range. Since it was a rural area there were some farms and dogs along the route one which had a horse that was upset with everyone rucking past him. He had an aggressive posture, raised tail and would snort and bob his head when we went by. It was something to look forward to each time by and helped pass the time while shuffling along. My son ran the entire 10k and finished in less than an hour. He and a recent GORUCK Selection finisher were pushing each other the entire event. I finished the ruck in 1:22 which was pretty good for carrying an extra 30lbs and well under the time standard. After my 2nd lap I was instructed to head to the range to begin my course of fire. I won't detail it because it'll vary from location to location. Just know we shot 10 rounds 4 times with PT between each round. 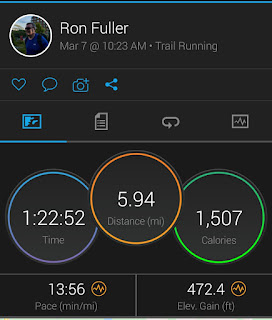 After the rifle course was done for everyone, we scored the results and I grabbed some food I brought.  This is something for future participants, much like a challenge event, eat when you have an opportunity because there isn't a formal lunch break. I knew we still had a 5k to do so wanted to make sure I had some calories to avoid bonking. It was a beautiful day and was warming up. Dressing in layers is important so you can shed them as needed. There was some downtime between the 10k and 5k that I think will be optimized for future events. We all kept in mind that this was the first Shooter event and I used the opportunity to hydrate, get some calories in and change my focus from rifle to pistol.

Cadre Heath then led us in a pistol safety briefing and we repeated the process of getting our gear ready.  We got our rucks on and lined up for the 5k and we repeated the same course, but only one loop. Again I pushed and was happy to get negative splits for all 3 miles. My horse friend was in the barn so didn't get to see him get mad at us. Ha!  I returned to the range and began my pistol course of fire. Again it was 10 rounds 4 times with PT in between each round. My son again smoked the run and had completed all 4 of his course of fire before I even started my first.  I finished my shots and watched the other participants finish theirs. After we everyone was done, we scored our targets and waited for the final results. 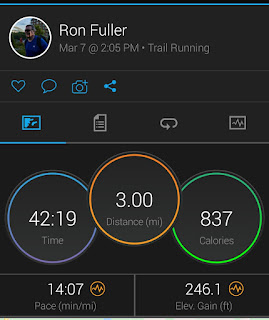 Cadre Heath and the shadows/volunteers did a great job of scoring and double checking each target. They wanted to make sure everyone got the points they deserved and while this took some time, I was fine with it. Scoring in a competition is important and again if you didn't earn 70% on each course of fire, you wouldn't get a patch. As we gathered to hear the results, Cadre Heath shared a pleasant surprise for us - everyone who completed the entire event within the time hacks and all 8 rounds of shooting would earn a white Shooter patch. Those who scored 70% or higher would earn a leather Shooter patch and then the top 3 would get their respective patches.  Our class had 11 starters and we all finished. Out of the 11, 5 earned their leather Shooter patches which speaks to the difficulty of the event. Cadre Heath started with the 5th leather patch earner and worked up to the first. You could have knocked me over with a feather when he said I had earned Third Shooter. The top two are guys that are more or less GORUCK legends so to be able to stand next to them was a very good feeling. 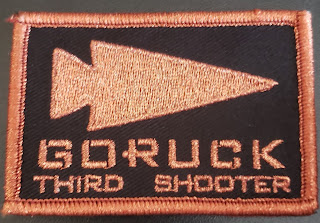 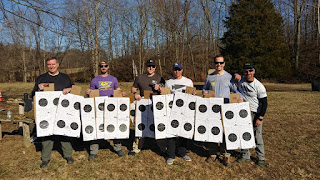 We all then participated in a feedback session on what could be improved and Cadre Heath was sincere about understanding the feedback. Notes were taken and different options were discussed. Once we were done we all helped pack up the stands and clean up the range. We were invited to dinner with the class but as we had a 4 hour drive home, we declined. We said our good byes packed up and headed home. 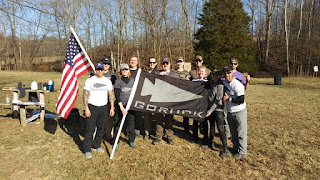 Overall, this was an amazing event and I had fun the whole time.  I'm still surprised to have finished third as I didn't get nearly as much range time as I had hoped prior to the event. I have some great areas I need to focus on to improve which to me is always a great benefit of doing these events. I really hope more people have the opportunity to do these events, it was excellent and I will do it again if the opportunity presents itself. 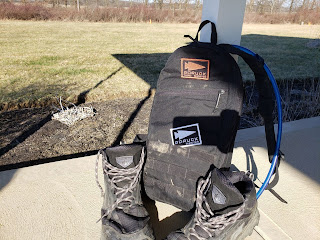 Here is my rifle target 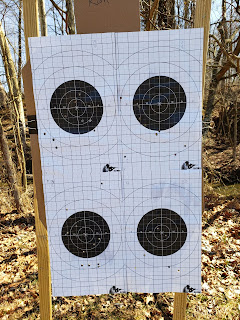 This is my pistol target 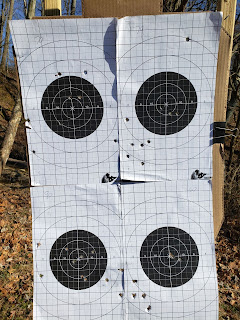