This last weekend in the US was a holiday for the 4th of July (Independence Day - without aliens and Will Smith) which meant a long weekend to enjoy. Instead of lounging around, eating too much and the usual mass of yard work and other chores to do we decided to go Geocaching!

What is Geocaching, you ask? Well, according to the official website (www.geocaching.com) "Geocaching is a real-world, outdoor treasure hunting game using GPS-enabled devices. Participants navigate to a specific set of GPS coordinates and then attempt to find the geocache (container) hidden at that location."  What this means to my family, we leave the usual electronics (tablets, handheld games, etc) and go outside use a multi-billion dollar satellite network and find plastic containers full of trinkets in the woods.

We have been Geocaching since 2004 and have had peaks and valleys in our Geocaching activities. Some years we've not done any at all, while other years we are very active.  I heard about Geocaching for the first time when I was in Raleigh at a Cisco lab and the lab engineer mentioned it. I immediately was interested and convinced my wife to spend a little over $100 to buy a Garmin eTrex to find hidden Tupperware in the woods.  :)   We've now found caches in multiple states and countries and have had a great time showing our kids how to use a GPS, read a map, avoid poison ivy, etc.

So on to this weekend.  We decided earlier this year that we wanted to get a cache in every county in Ohio. For those who aren't familiar with Ohio's layout, that's 88 counties across hundreds of miles.  Easy enough, huh?  That's what we thought until we started looking at the caches we've found and naturally most are close to home which left a lot of counties to be visited.   We started to lay out a plan and chose Athens, Ohio to be our base of operation for the weekend and we'd drive out from there to the various counties. We hoped to hit 12 counties over the two days of hardcore caching before driving home. It sounded aggressive and with 4 kids we didn't want to burn them out.  We cache as a family so need to keep the attention span of our youngest ones in mind as well.

I used Google Earth with the Geocaching KML file to locate caches in each county with a focus on county adjacency.  We wanted to hit as many counties with as little driving as we reasonable.  Below is an example showing caches in four Ohio counties. 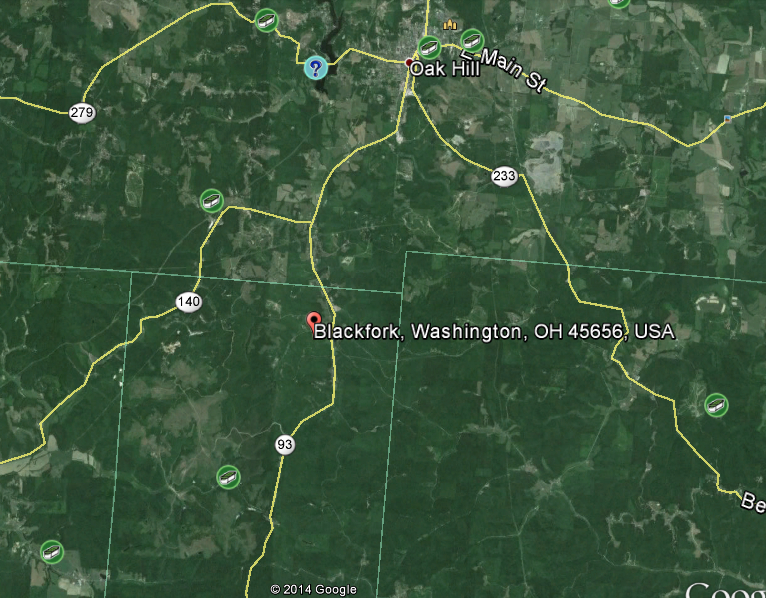 Using this method, I was able to validate that the caches are still active and have been found recently and now we had a plan laid out.  A quick note on the equipment I use.  For most caching activities we are near metro areas where cell signal is decent so I use the c:geo app on my Samsung Galaxy S3.  Knowing that this part of Ohio is considered Appalachia (really it is!) and also home to some Bigfoot sightings I knew we couldn't depend on cell phone based GPS. I made sure I loaded our eTrex with the coordinates for each cache as well so we'd have options if the cell signal didn't work.  *So* glad I did this as most of these caches were in areas with no coverage.

We set out early Saturday with the plan to drive to our furthest cache and work our way back to Athens which meant we were headed toward Scioto county.  This was a classic cache out in the woods and took us to an old iron ore furnace area. Southeastern Ohio has dozens of these furnaces left over from early mining and smelting operations and now many of them have caches.  This was a tricky find and as our GPS had us running in circles.  We needed to remember to stop; use our "Geo-sense"; and see where it takes us. 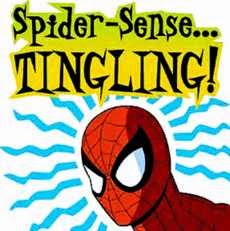 With a find under our belts, we headed towards Lawrence county and a cemetery. Cemeteries are popular locations for caches and many have some really neat historical significance if you take the time to look. This was an old cemetery and had graves from the late 1800s.  Another find and we were on the road headed deeper into Lawrence county.  I've not been here before so wanted see more of the far-flung area. The next cache was located near a supposed Bigfoot sighting and we searched but suspect it was carried away in flood waters from all of the rain we have been getting.  It was getting close to lunch and the "towns" I saw on the map that I thought might contain food were not much more than a small grouping of homes.

With that in mind we headed back north to Jackson county to our next cache location. This was in a park in the city of Oak Hill and as luck would have it, the park was a huge yard sale this weekend.  There were too many "muggles" (non-Geocaching people - stolen from Harry Potter) so we searched for another nearby cache and found one in another cemetery.  This was near a nice family mausoleum at the top of a hill.  We headed back to the "big city" and found a Subway, tanked up on gas and Ski.  For those not familiar with Ski, it's a soft drink similar to Mountain Dew but locally made and not available even as close as central Ohio.  I found they had a Red Ski (Code Red wannabe) and grabbed one of those, too.

Our next county was Gallia and we were headed to Rio Grande (not pronounced like the river - it's an Ohio thing I guess).  A quick magnetic grab on an abandoned guardrail of old St Rt 35 and we decided to hit the original Bob Evans Farm. This is where the Bob Evans restaurant chain started and as luck would have it, a smaller version of the Vietnam Memorial Wall was there as well (http://travelingwall.us/ ).  It seemed very appropriate being the 4th of July weekend and the kids learned a bit about history and sacrifice.

While in Gallia county we hit Bidwell, a small town that was once significant due to the train and now with the tracks gone, is a single stop single kind of place. A quick park and grab and we were back on the road with two more caches to grab.The drive from Bidwell to Vinton was very pretty, scenic rolling hills. One of the best parts of this trip was the opportunity to take the back roads and those less traveled.

We stopped for a restroom break in Vinton county at a gas station next to a huge AEP electricity generation plant.  The restrooms were locked so we had to get the keys from the staff.  (Why do I mention this?  Keep reading).  Some more Snapple and we were on our way.  The last two caches for the day were admittedly not very exciting as they were magnetic caches placed next to stop signs in Vinton and Meigs county but I had planned that we'd be dragging by now and just wanted to get a quick cache to tag the county. These last two caches in the books and were were headed back to Athens and an Indian feast. Julie and I love Indian food, the kids do well at tolerating it.  ;)

On the drive back Julie commented about the restoroom keys which is when I realized I still had them in my pocket.  Begrudgingly we made a U-turn and headed back to the gas station to return their keys.  We laughed about the line of people that might be waiting to get into the locked restrooms.  Now you know why some places chain the key to a brick or big stick.  It's easy to pocket the keys and forget.  That task done we finally hit Athens, went to mass at Christ the King next to Ohio University. (OU is known for being a party school and as we pulled up, it was wading pool and beer drinking time in our bikinis across the street from the church).  LOL.

After mass we hit the only Indian restaurant in town, Star of India, which happened to be owned by the same people who owned a place in Columbus called "Sitar of India" that Julie and I used to visit all the time before they moved.  Small world, eh?  Back to our hotel for showers and dinner and a night of needed sleep with dream of more counties and caches in our heads.

For those keeping count, we cached in Athens, Scioto, Lawrence, Gallia, Vinton and Meigs counties.  :)