It’s March of 2017 and I recently completed my 4th Spartan Race event at Greek Peak ski resort in Ithaca New York. My son and I drive 500+ miles one way to compete in this first ever winter event Spartan has done in the US. What in the world would possess us to do this?  If you are interested, read on. 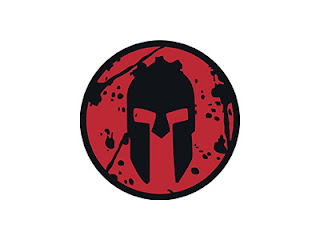 I’ll start from the beginning. My son plans to join the US Air Force and become a PJ. As such, he like to do things that help toughen him up and prepare him for the difficult training he will go through on his path to PJ. He somehow ran across the TV broadcast of a Spartan Race and suggested I watch it.  I did and laughed at the idea of people doing these crazy obstacle races and facing 30 burpee penalties for failing an obstacle. That laugh wasn’t mocking – it was one of laughing that I’d never do that. We had done 2 Warrior Dash races a few years ago and enjoyed them but they really had the feel of a “fun mud run” where Spartan seemed a lot more serious.  I’ve learned a lot about the sport of OCR since then and realize there is a serious component of Warrior Dash – but let’s focus on Spartan.  I think I commented to my son that the idea of doing a Spartan Race was simply crazy and I completely forgot about it.

A few months later, he asked if we would sign him up to do the Spartan Race in Ohio.  I looked at it, discussed it with my wife and decided that my son wasn’t the only one who would have fun so we both signed up. I did zero prep or training for the race while my son did some extra running and exercise. Oh the bliss of ignorance!  The day finally arrived and we grabbed our oldest tennis shoes to run in. We didn’t want to get newer ones muddy and gross and tennis shoes worked for us at Warrior Dash, so we were all set, right?  We drove 2 hours to the venue and filled out the death waivers, picked up our timing chips and walked around the festival area taking in the sights and looking at the various obstacles that were in sort of an arena area.  Somewhere about now I was thinking – “I really wish I had done some training.” 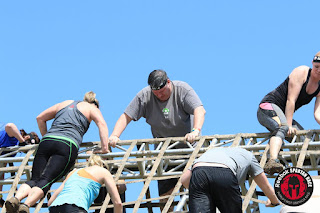 It was finally time for our heat and we lined up to get into the corral.  For those who don’t know, there is a 4 foot wall that you need to climb over to even get to the starting line.  I struggled and eventually got over the wall and into the corral with the other runners.  This is when the real “Maybe this was a mistake” thoughts kicked in.  There is a starter who says a scripted pre-race pep talk and then after a few shouts of “I AM SPARTAN” and “AROO” we were off.  The race we signed up for is Spartan’s shortest race, a Sprint which is at least 4 miles and 20+ obstacles.  I knew my son wanted to really test himself and not be slowed down by me so we had agreed he would run his own race. The faster people were galloping off into the distance and I trotted for a bit but with no training and being way overweight it wasn’t long before I was walking. The good news, a lot of people walk portions of the event so I was never alone.

I struggled with every flipping obstacle they had – hurdles, 6’ and 7’ walls, rope climbs and the rest. I did well with the heavy carries like Bucket Brigade and Sandbag Carry and the net obstacles like the A-Frame and vertical net. The terrain was muddy and I think we went up AND down every hill in the area of the 6+ mile course. Some of these hills were STEEP – as in crawling up them on all fours and sliding down the mud on my butt. My choice of footwear was a very, very bad one and my ankles were trashed after the race. Traction in OCR is key and worn out tennis shoes don’t provide much traction at all. At the barbed wire crawl I got a nice foot long scratch on my right arm that almost a year later can still be seen. This picture was 3 days after the race.

I finished the race after a grueling 3h55m something amazing happened. I experienced a mix of jubilation, surprise that I wasn’t dead and accomplishment. Even better was being greeted by my son who had finished earlier and had a huge smile on his face.  We got cleaned up and I limped/dragged myself to the car for the 2 hour drive home.  We talked and commiserated about various obstacles, our experiences, and people we met on the course. I knew the physical aspects would be challenging (understatement) what really surprised me was the social aspect. Spartans all share a common bond and help each other out. I was reluctant at first to accept any help but after getting my butt handed to me by almost every obstacle, my reluctance to accept help diminished. In particular a group of people wearing jerseys were always happy to help. Their name stuck in my head – “Corn 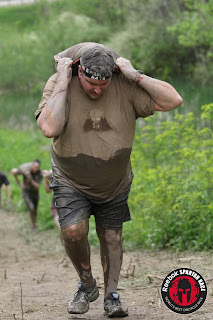 Fed Spartans.”  Being born and raised in Ohio the “Corn Fed” concept to me meant they were hearty people, trustworthy and nice. The Corn Fed Spartans I met didn’t disappoint  They helped me multiple times and I appreciate it – plus there were A LOT of them. They were all having fun and encouraging each other, helping random strangers like me and happy. More on Corn Fed in a future post.  I truly would not have finished if it wasn’t for other Spartans helping me. 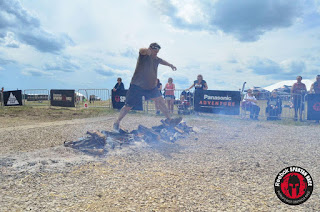 My son and I had what I would later realize was a life changing experience. We were hooked on Spartan – we just didn’t know it yet as we still had mud in our ears and very sore bodies. My wife was happy we didn’t get hurt (too badly) and didn’t make too big of a mess in the house.  I hung my Sprint finisher medal where I could see it from my desk.  I’ve done quite a few “hard” things in my life – Eagle Scout, Philmont Ranger, father of 4, dual CCIE, etc. and finishing that first Spartan Race ranks right up there. Spartan’s tagline is “You’ll know at the finish” didn’t ring as true to me until I crossed that line. I AM A SPARTAN – AROO!