Asheville took a while to recover from. I didn’t exercise for a week and more or less shambled around for a few days while the soreness wore off.  I mentioned in part 2 that we had booked a Beast race to complete our trifecta and our sights were set on South Carolina. After Asheville I was seriously concerned about what awaits us at a Beast. If it is more difficult than Asheville – I might die.  😉

With those concerns in mind I ramped my training with a focus on running longer distances. Beasts are 12+ miles and while I seriously didn’t think I’d go from a part time wogger (walker/jogger) to a half marathon of running. We spent more time at a local trail runner series of trails (Rocks and Roots) which really helped me get comfortable running on uneven terrain, some vertical change and various trail conditions.  The shoes I bought for Asheville paid dividends there and the more I ran in them the better they were for me. I still had serious concerns about finishing the race, having to race in the dark, cramping from long term exercise, the list goes on.

My day job provided an opportunity to take the family to Spain for a combination of work and vacation which was awesome! The challenge was that this was just a few weeks before the race and we knew it would impact our training. We made the most of it and though we didn’t run, we walked miles and miles every day which was good cardio/aerobic training while taking in the beautiful sights of Madrid, Granada and Barcelona. We fell in love with Spain so it was all worth it.

Four days after we returned from Spain we were on a plane to Columbia. We decided as a family that 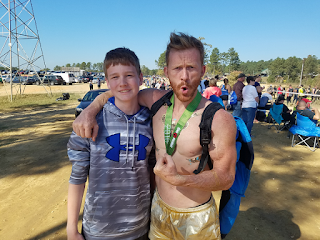 the long drive there wasn’t what everyone wanted to do and since the Beast is a long race only my son and I went. Our race was on Sunday and we flew down Saturday. We found the hotel and settled in.  We drove to the venue to scope out the location and see what we could see. On the way to the registration we ran into Neil Craver (from American Ninja Warrior fame) and talked with him for a few minutes.  He was super nice and posed for a picture with my son.  It is always neat to meet people like him that you see on TV and have them not be total jerks.  Neil was awesome!  We kicked around Columbia for the rest of the day and hit the sack early knowing Sunday would be a long day for us. 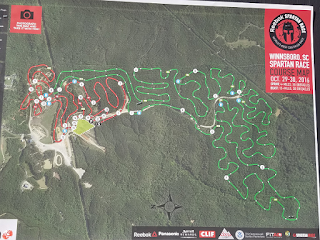 We were up early before dawn to get some breakfast at a Cracker Barrel next to the hotel.  Good carbo loading with buttermilk pancakes and coffee. We got to the site and checked in and went through the normal pre-race routine. We enjoyed looking at some of the obstacles near the festival area and taking a few pictures while we waited for our heat. 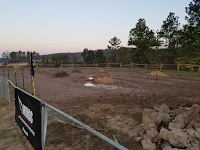 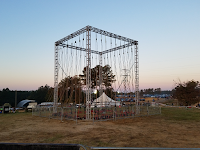 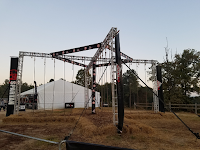 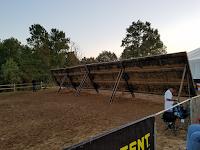 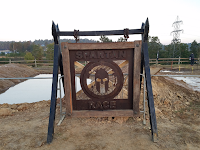 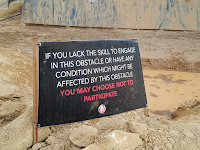 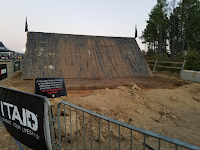 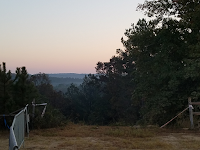 Once it was close to time we loaded into the starting corral and once again I struggled with the stupid fence. This is starting to get annoying as I swear I don’t have issues on the course.  Grrrr.  We listened to the starting speech and we were off!

I ran for quite some time and went through the initial obstacles and settled into a comfortable pace. The terrain was rolling but nothing steep, especially compared to Asheville. The obstacles were fun and I struggled with upper body strength ones (again). As the day wore on I saw and talked with some great people. There was another IT guy who was a database admin I ran with for a bit and we helped each other over some of the obstacles. I saw a lady wearing a wedding dress (it was ragged when I saw her) and I wonder what they story behind it was. The Operation Enduring Warrior guys were there and it was inspiring to see them on the course. The Corn Fed Spartans were there, too helping people and being awesome!

It was a tough race but I feel my training was a big help and it was a 14+ mile course we ran that day. There were plenty of terrain changes, dry dirt, mud, swampy gross sections, and thankfully the South Carolina weather was *perfect*.  I finished the race and it was still daylight!  I had prepared to be out there at night and had a headlamp in my Camelbak but thankfully didn’t need it. My son and I had earned our trifecta!  I finished a few minutes under my Asheville time, which was great and at the same time speaks to the difficulty of Asheville. 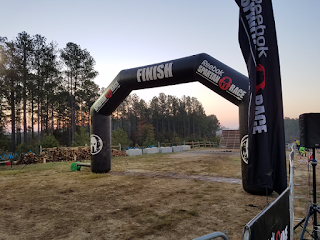 We got cleaned up and let our family at home know we finished and didn’t die. They were happy for us and had been wondering how we were faring throughout the day. During the race you have a lot of time to think and one of the things I thought about was what I was going to eat for dinner.  LOL.  I somehow decided that I needed a Sonic Double Cheeseburger, onion rings and a milkshake. My son was totally down for that so we went to the hotel, took proper showers and headed to Sonic.  We got our food to go and ate it in the hotel room.  Our plan was to stay up and watch “Walking Dead” but after the race and the feast, we packed as much as we could and hit the hay.  The trip home was uneventful so I won’t bore you with the details. 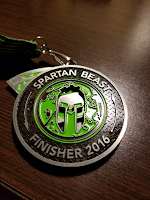 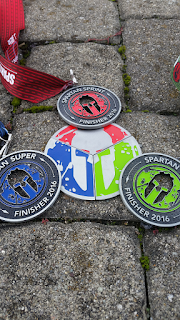 One thing I learned through this trifecta process was that I could accomplish a lot more than I thought I could. I’m not in ripped, awesome shape, but I hate to quit and never did. My level of commitment was high and having my son and family to be accountable for helped too.  I didn’t want to stand there saying I didn’t finish when I know my son did. Pride, stubbornness, commitment, whatever you want to call it – all mixed together to help me finish. I am super proud of this accomplishment and look forward to what all we will do in 2017.